I often use training classes as a test bed for testing guns, gear, and accessories. At carbine courses in the past I usually wore my SWAT gear or some sort of body armor, plate carrier, or chest rig that I was testing at the time. 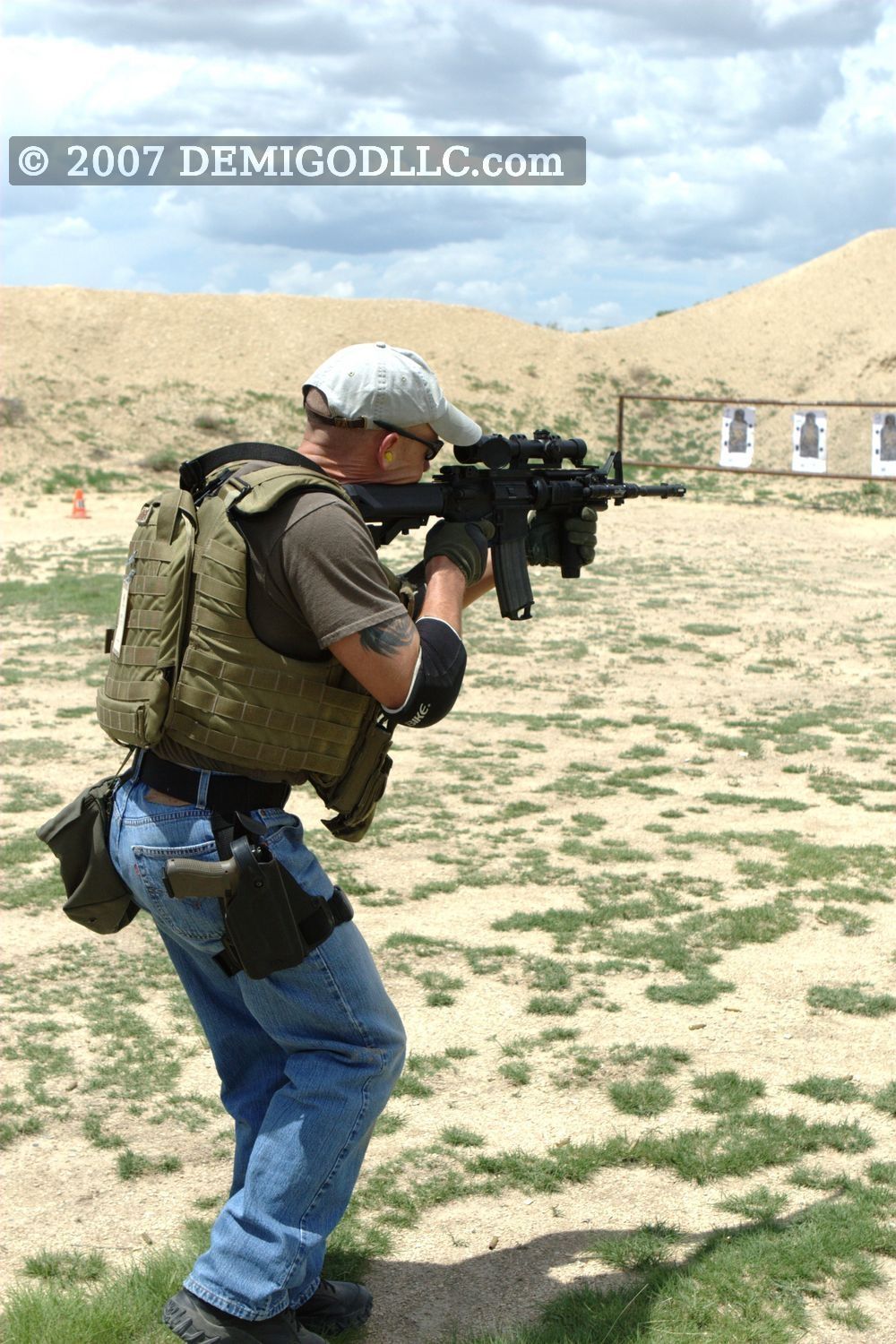 Having the holster and other gear mounted directly to my trouser belt provides a stable platform, but fatigues and causes discomfort to the hips and lower back after being worn for several hours.

Recently I acquired a Blue Force Gear SOC-C Lightweight Duty Belt, SOC-C Modular Padded Belt, and SOC-C Low Profile Suspenders and figured I would run this set up during all 3 days of Pat Rogers' carbine course.

The padded belt has a lot of adjustment and is easy to adjust. I wear a 29" waist Levis and I still have approximately 4" of adjustment left (I have the belt system adjusted so I have just enough room to fit it over a light jacket).

The lightweight duty belt attaches to the padded belt and is held firmly in place with Velcro. Once attached and adjusted the duty belt and padded belt feel like its one belt, not two seperate belts.

The low profile suspenders are comfortable, low profile enough to be worn under armor without discomfort, and feature an elastic yoke that kept the belt from riding up in the back when doing a lot of movement (ie. prone to standing, kneeling to standing, running, etc).

After running the Blue Force Gear SOC-C padded belt system and suspenders for all 3 days of Pat's class, I found the system was extremely comfortable, I had no issues with fatigue or discomfort in my hips or lower back, easy to don / easy to dof, the belt didnt move around, the suspenders were very comfortable (almost didnt even notice them).

Definitely changed my opinion on padded belt systems, and probably one of the most comfortable gear systems I have ever run in a training class.

The entire belt system as I used it for Pat's class: 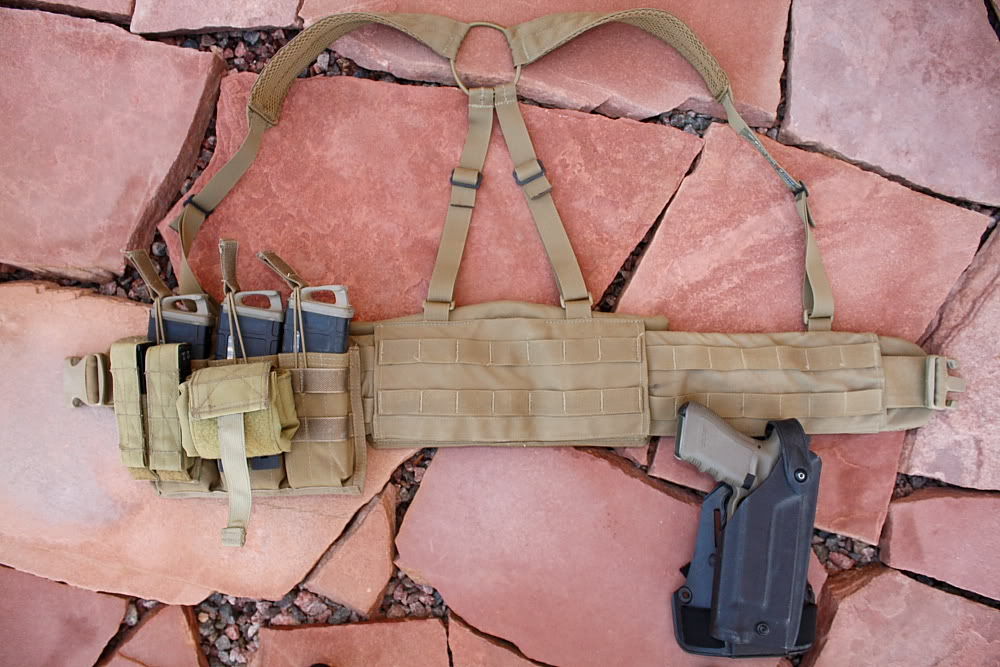 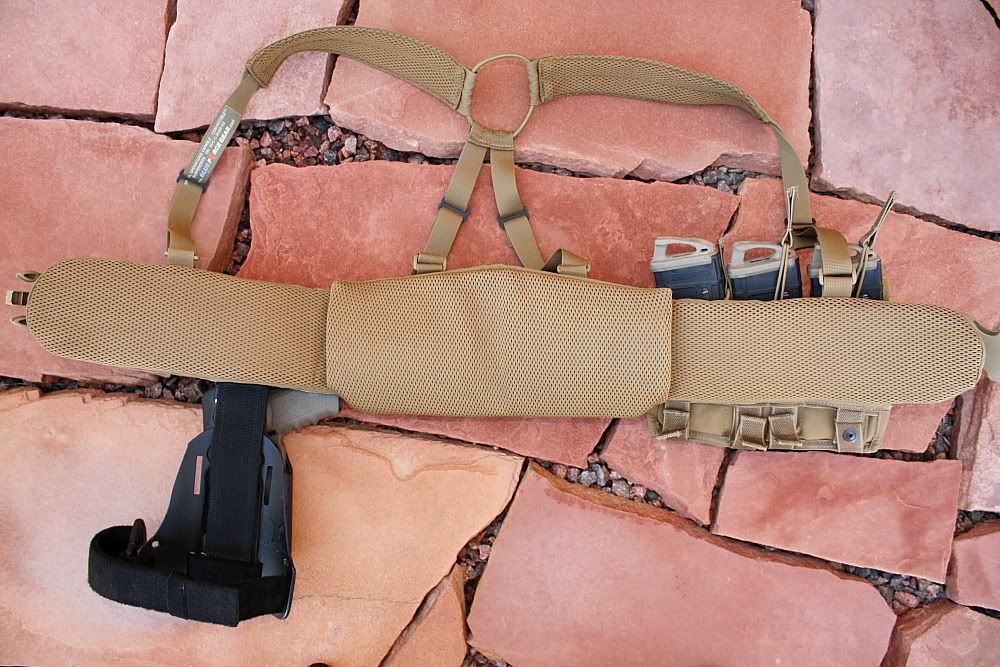 Adjustment under the lumbar pad: 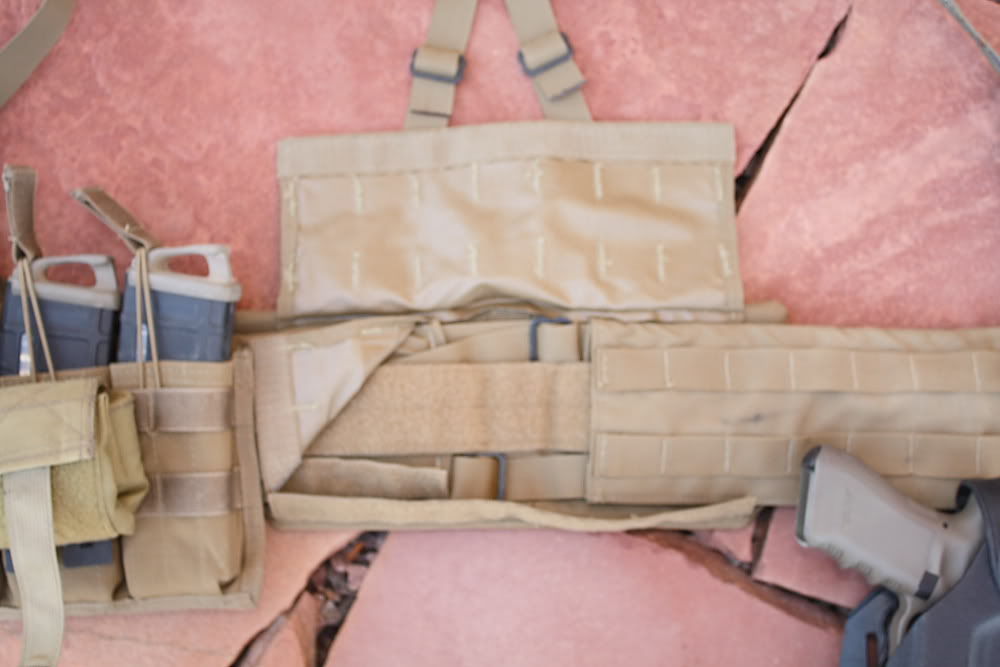 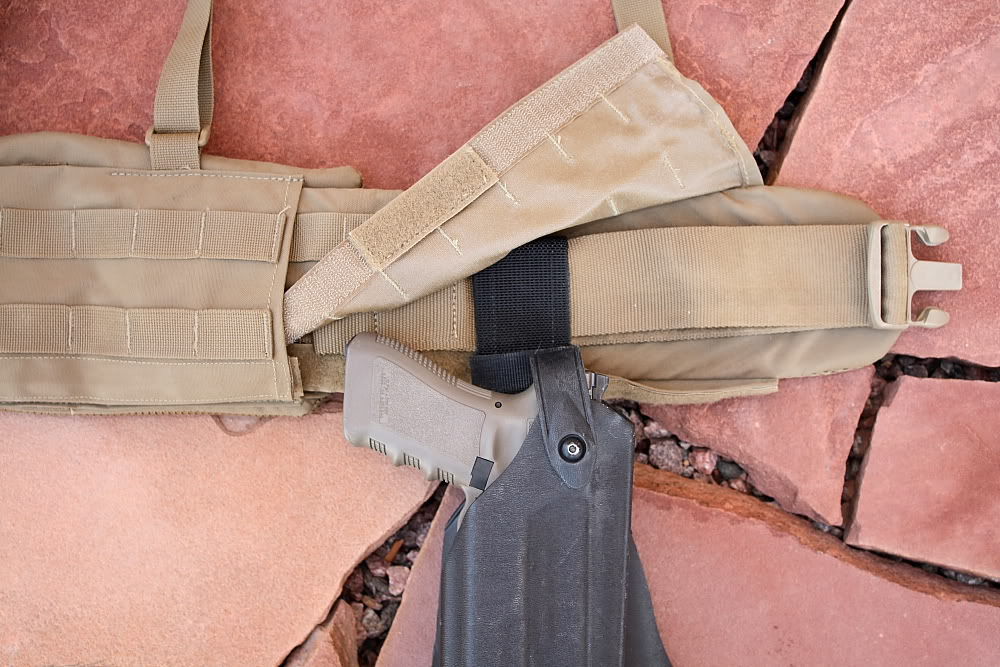 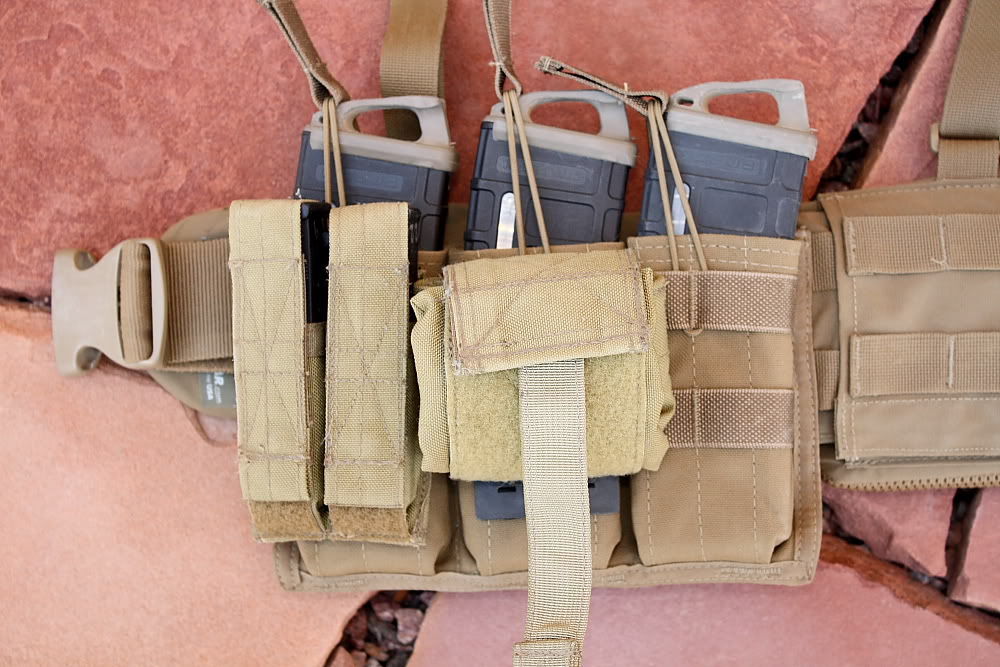 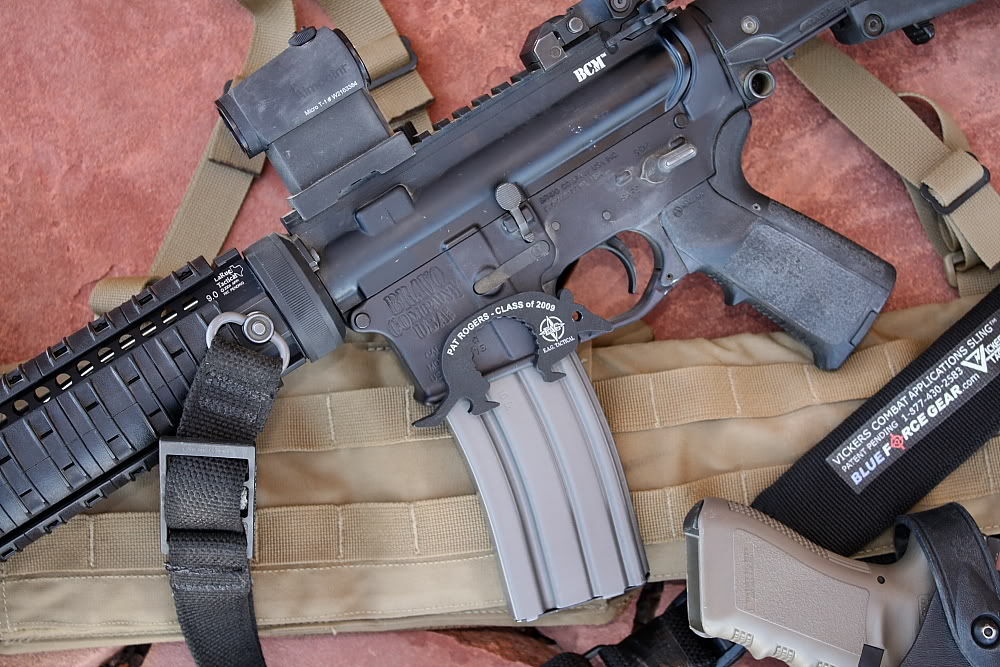 Pics from the May 2009 EAG Tactical Carbine Operator's Course: 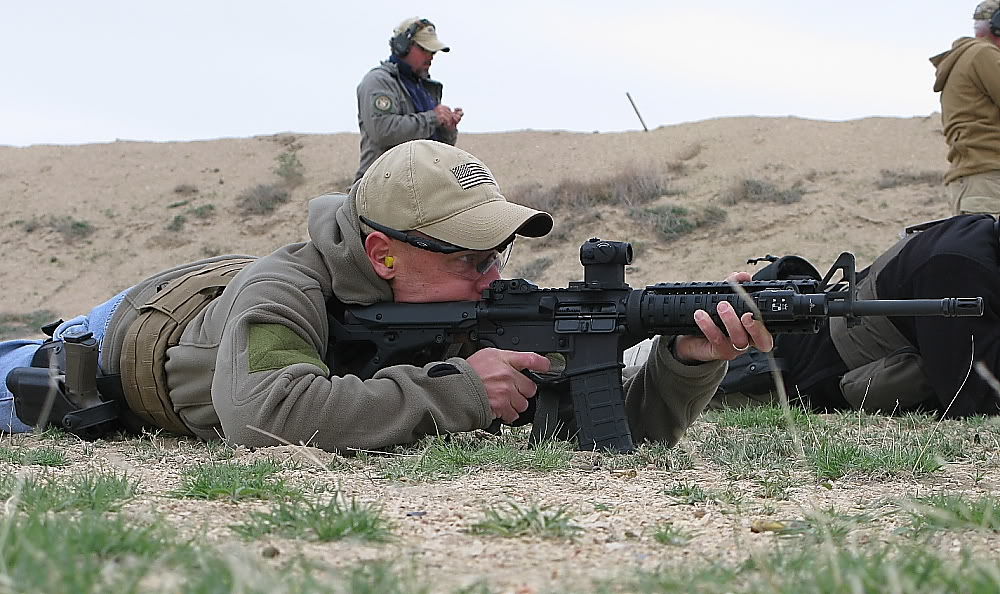 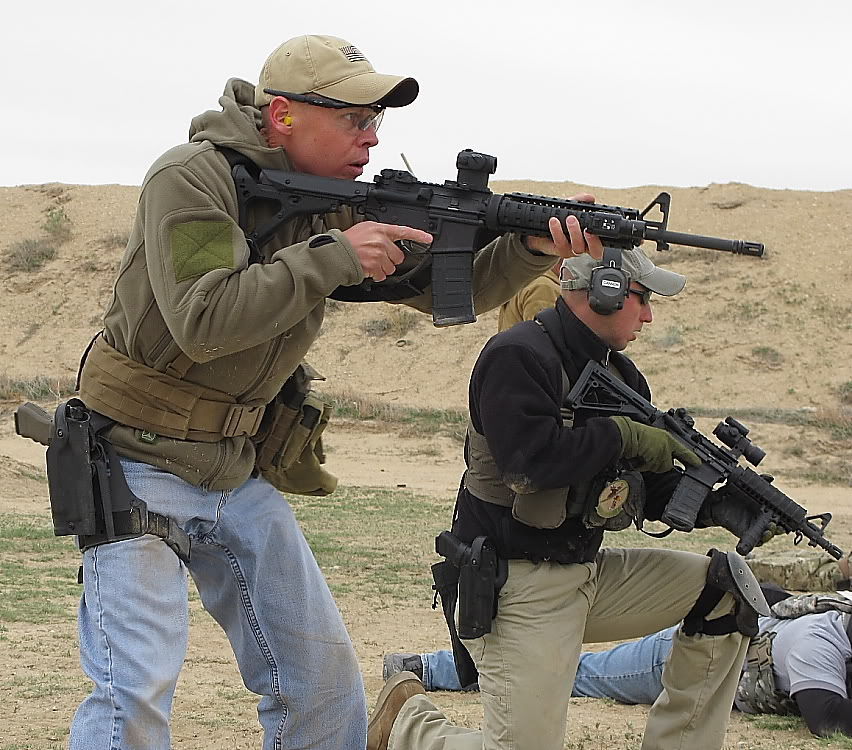 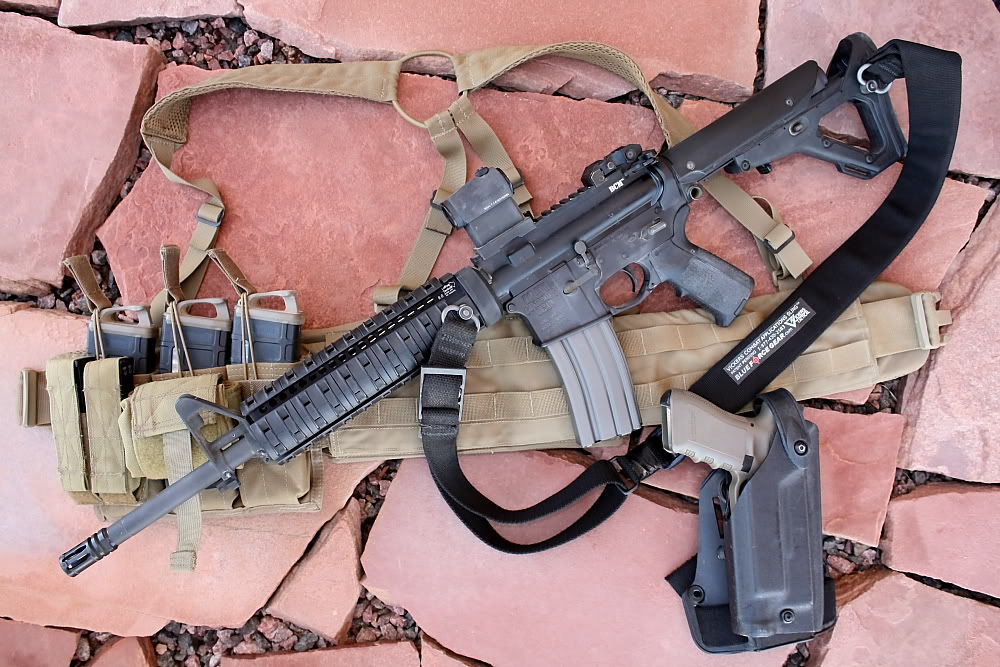 In August of 2009 I received the armor package for the SOC-C padded belt system, as I was changing out the foam I pull out my digital calipers and here's what I found: Foam - .371" Armor- .264" I can notice a slightly slimmer profile with the armor (over the foam pads). The armor also makes the belt a little more rigid, which should support heavier loads better, the armor doesn't seem to have any effect on comfort (but this is just my initial impression of the armor insert) ... overall I prefer the belt with the armor inserts.

In late September (2009) I attended a LMS Defense 2 day carbine course. Something that was noted in the class was that there was a lot of students running simular guns or simular gear.

4 out of 8 students were running the Blue Force Gear SOC-C padded belt system. I ran the SOC-C padded belt in Pat Rogers' class in May (2009) and ran the belt again in the LMS Defense carbine course, but this time I had the armor package in the belt.

All 4 of these students were wearing the Blue Force Gear SOC-C padded belt system: 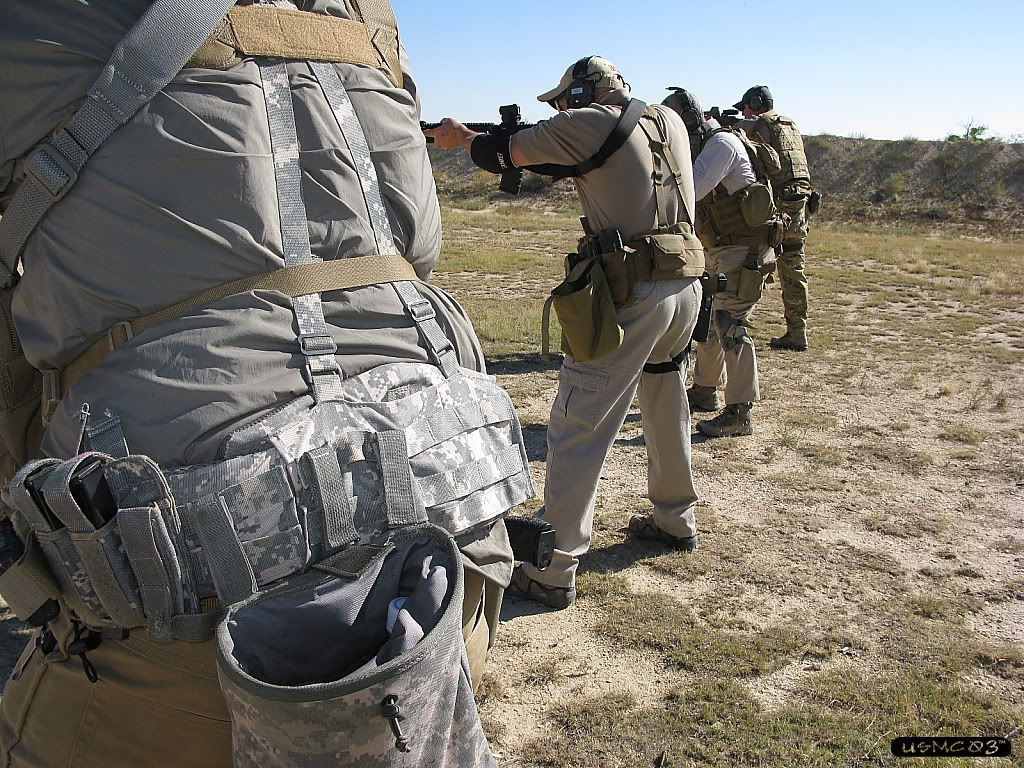 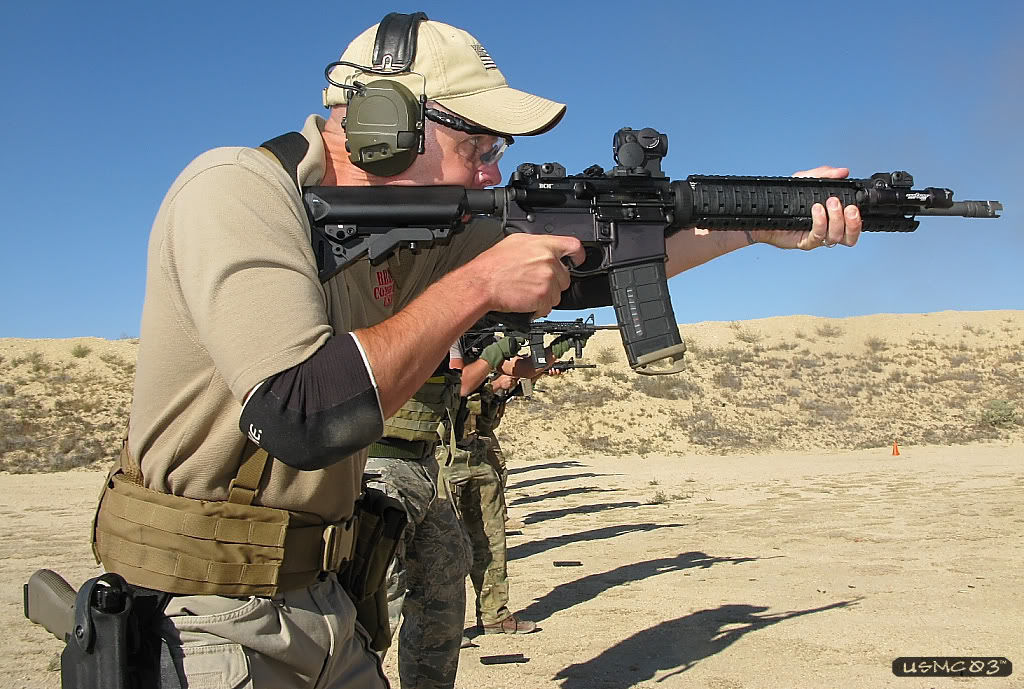 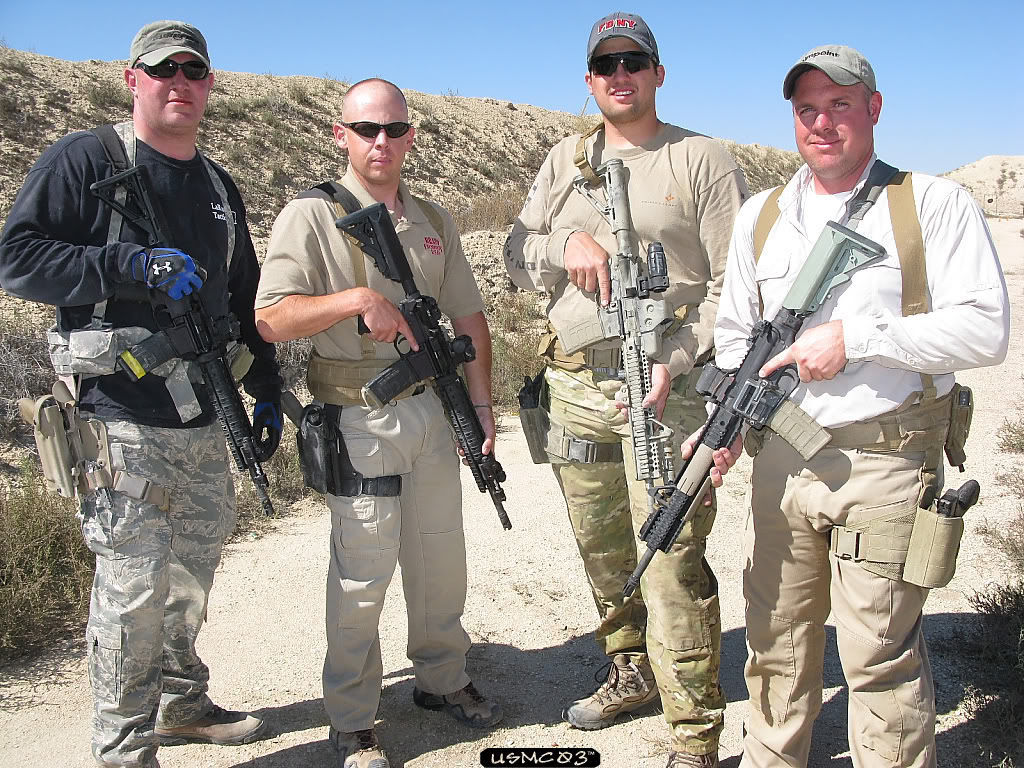 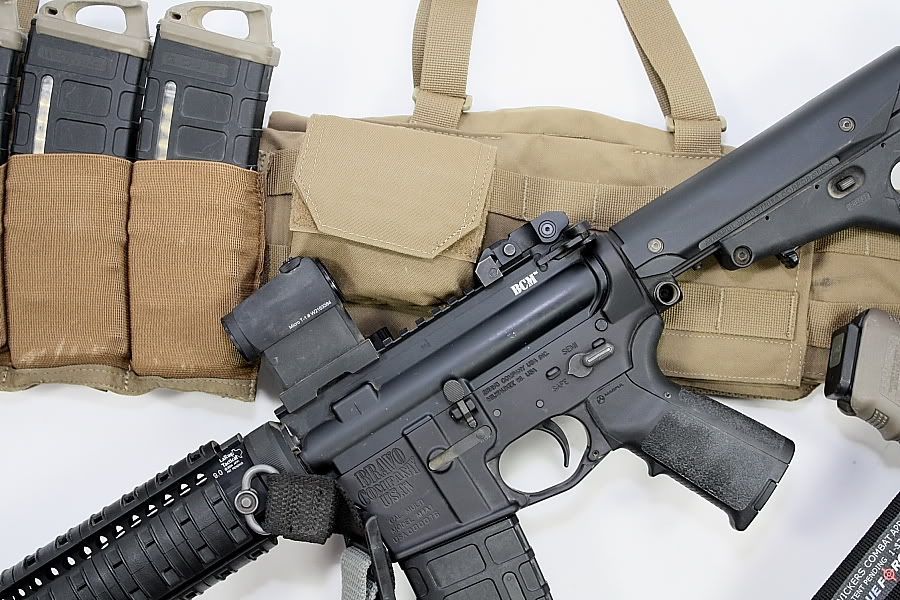 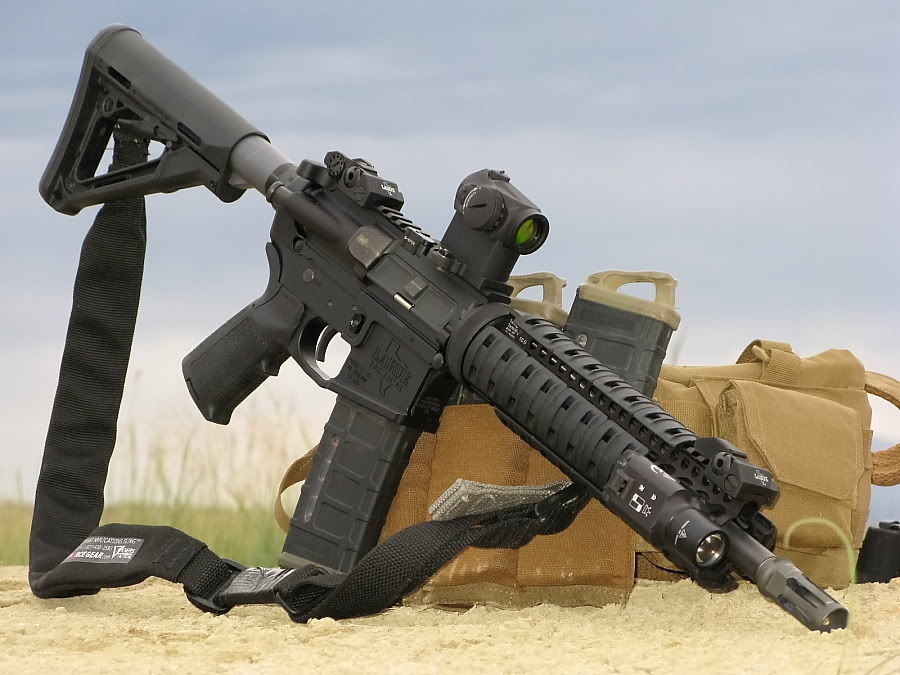