Listed above are just the muzzle devices that I can think of off the top of my head. What I learned over the course of several years using several different types of muzzle devices is that, (to quote Pat Rogers) There is no free lunch. If you wanted the best flash suppression it came at the cost of length (ie. Smith Vortex or Phantom) and would offer very little in the way of reducing muzzle rise or felt recoil.

If you wanted something that was effective at reducing muzzle rise and assisted with quicker follow up shots, you would have to deal with a design that enhanced muzzle flash and muzzle blast (noise), that borders on being obnoxious, and is uncomfortable for some shooters. By design, most muzzle brakes direct most of the gases and muzzle blast out the side of the muzzle brake (3 and 9 o'clock).

I had heard that the FSC556 did a good job at reducing flash, reducing muzzle flip, and wasnt overly loud / obnoxious. I put the PWS FSC556 on a 16 Noveske N4 mid-length in early 2008. I have never shot the FSC556 in no light, but I have shot it at dusk and found that the flash suppression was on par with the A2 compensator. The FSC556 did a good job a reducing muzzle flip and follow up shots were quick and consistent. Noise was very tame as compared to other muzzle brakes / compensators that I had used in the past. The FSC556 is a little louder than the A2, but not by a wide margin. In my opinion its a great product and possess a great balance between flash suppression, reducing muzzle rise, and not being overly loud.

I have been using an AR15 with a 16 barrel with a mid-length gas system and a standard front sight tower as my competition (run and gun) gun for the last few years and had been running a USGI A2 compensator on it. I really liked the FSC556, but it looked too long on the mid-length barrel with the standard front sight tower. I wanted something that something that would reduce muzzle flip, but was approximately the same length as the USGI A2 compensator. After a little research I found that the PWS FSC556 was 2.10, the DNTC was 2.00, and the USGI A2 compensator was approximately 1.75.

I was impressed enough with the FSC556 that I approached Todd at Primary Weapons Systems (PWS) about modifying the DNTC to be approximately the same size as the USGI A2 compensator. When I approached Todd with my idea, he told me that a simular product (in a very limited supply) already existed. Todd explained that some of his co-workers had taken a FSC556, cut off the flash reducing tines, and laser engraved Todds Tiny One on the wrench flats, and had given it to him as a joke. Todd informed me that Todds Tiny One performs the same as the FSC556 at reducing muzzle flip, it just doesnt have the flash reducing properties of the FSC556. I told Todd, that was fine with me as it was going on a competition gun, and flash reduction wasnt a concern.

I found that I could not tell a difference in performance between the PWS FSC556, DNTC, or the Todd's Tiny One compensators. I have been pleased with the performance of the PWS brakes and I'm currently using them on several different AR15's. Shortly after posting this review, there was enough demand for the Todd's Tiny One compensator that PWS added them to their website: PWS TTO (Todd's Tiny One) Product Details The TTO, (Todd's Tiny One) is a shortened version of the FSC556 with the tines removed and recrowned for those looking for the performance of the DNTC in the shortest possible package. This unit is approximately 1.60" in length, .875" in diameter and is threaded 1/2x28 RH. This device is not suitable to be used as a suppressor mount and therefore ships with a crush washer.

PWS Todds Tiny One (bottom of the muzzle brake): 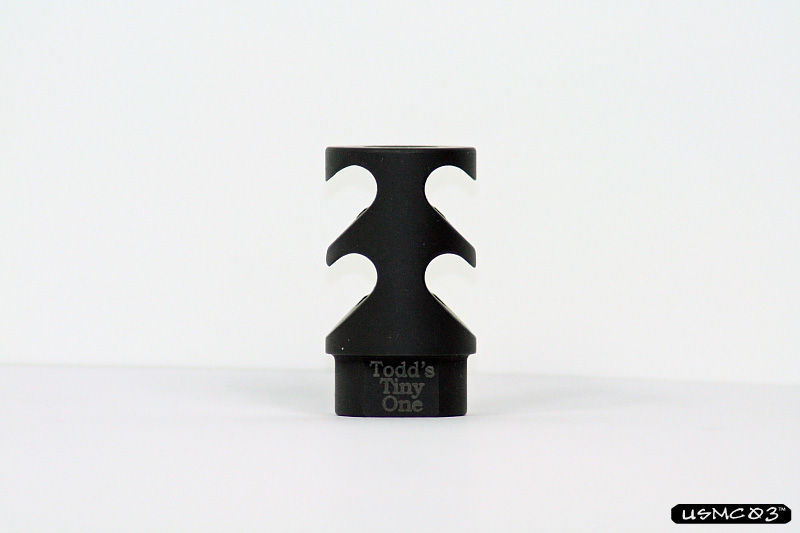 PWS Todds Tiny One (side of the muzzle brake): 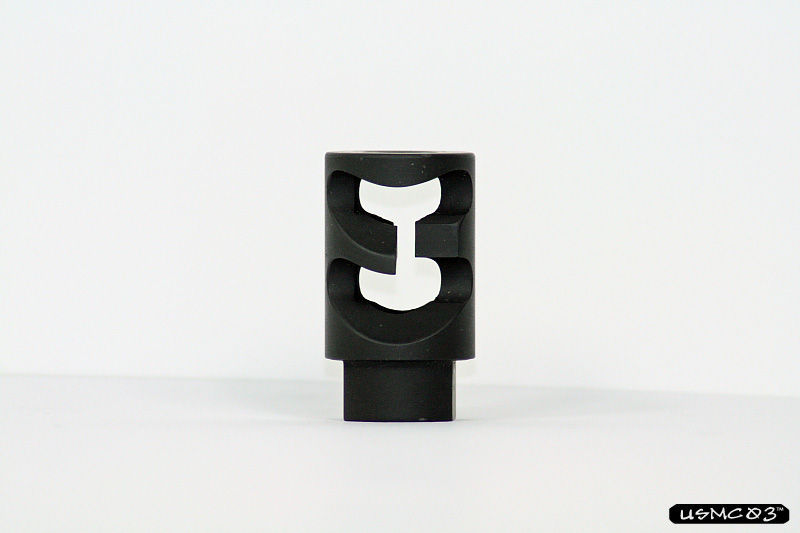 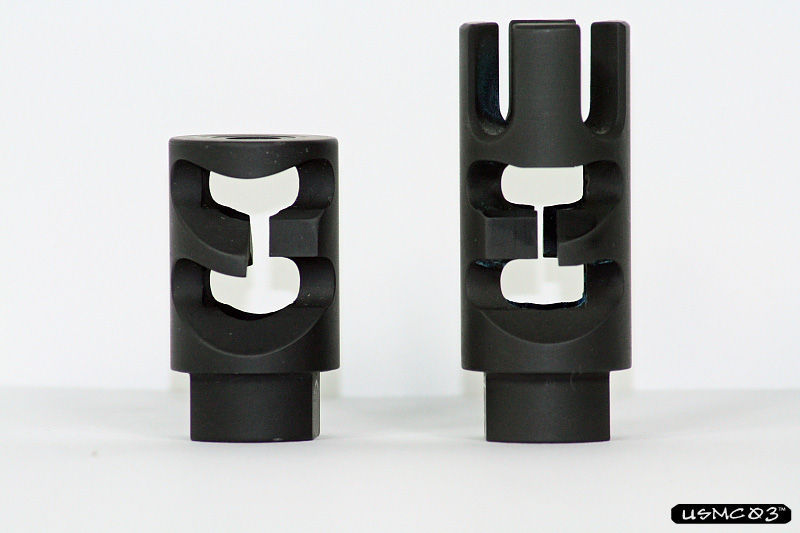 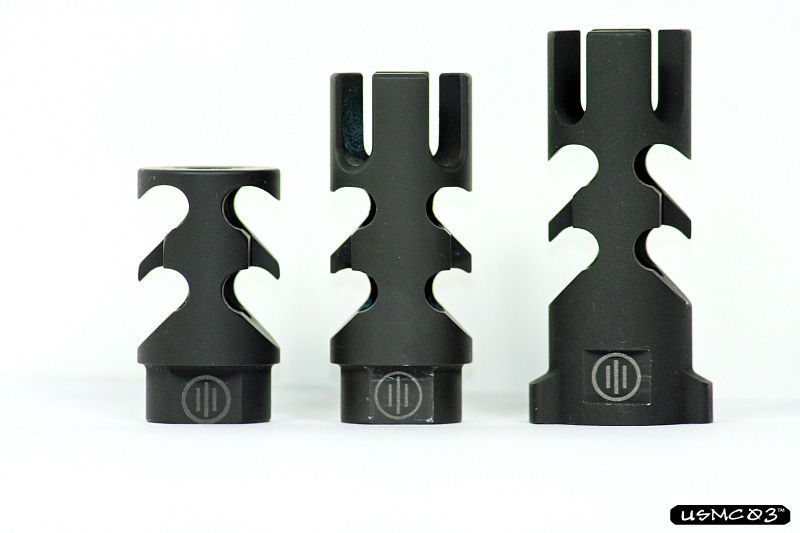 Todds Tiny One next to a USGI A2 Compensator: 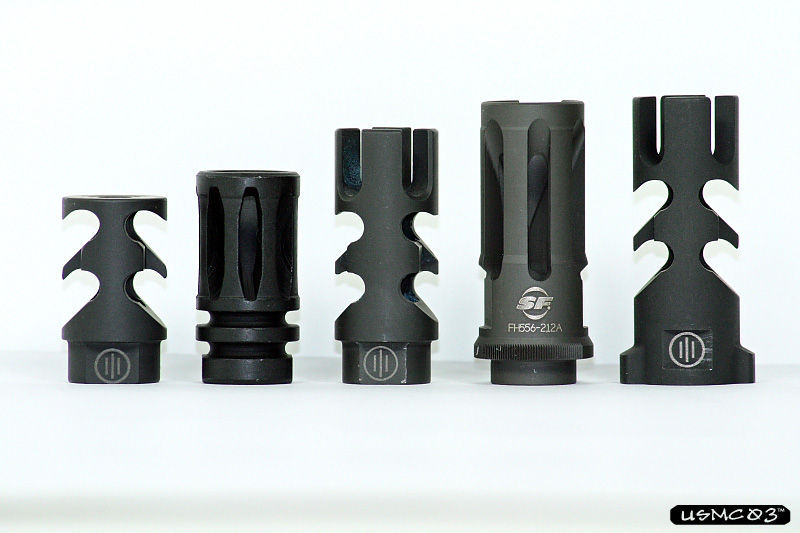 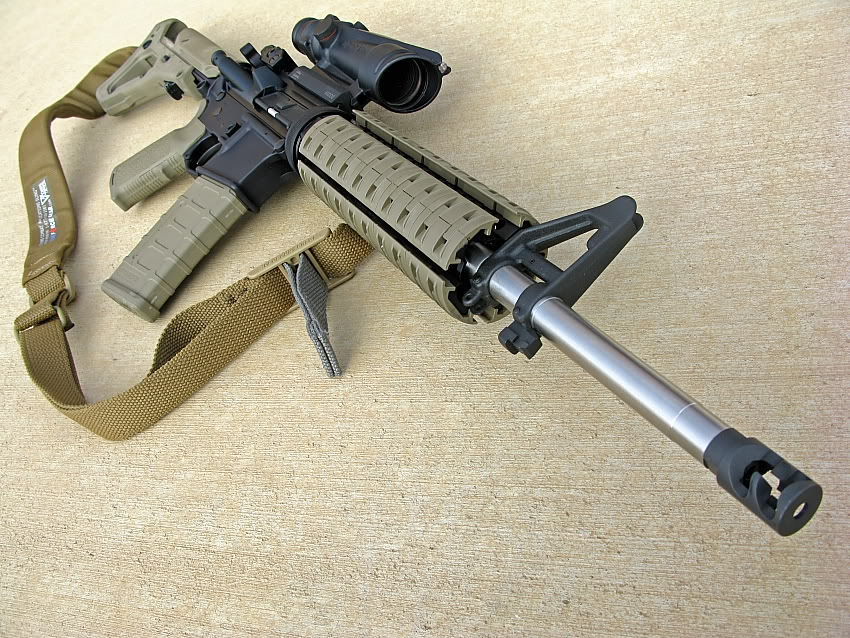 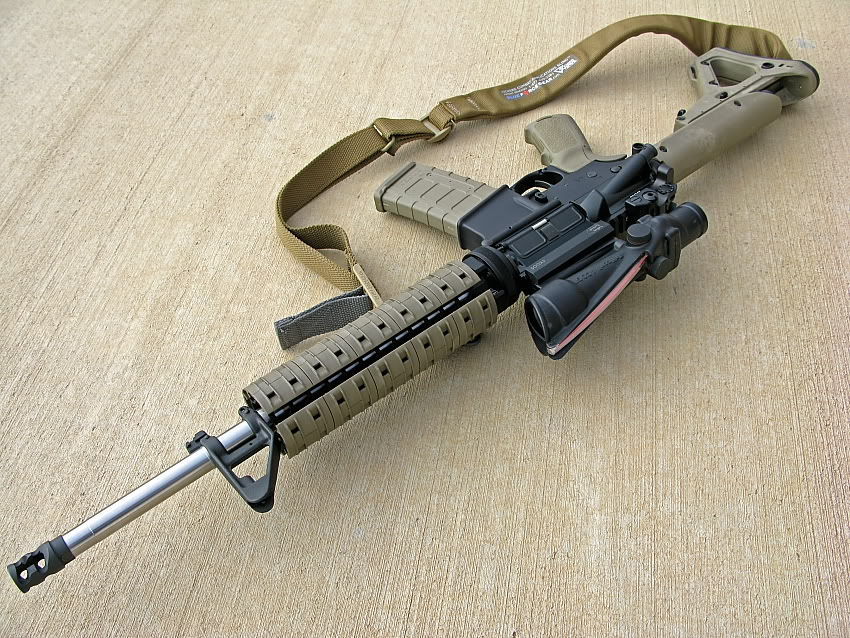