This review is not meant to be a "Be all, end all" suppressor selection thread. Just my thoughts, base on my needs, and features that I felt were most important. I thought others may find some of the infomation and considerations useful:

When selecting a suppressor, point of impact shift, type of mount, weight, and length of the suppressor are my main concerns. Cost and noise reduction are the lowest on my list of concerns.

When noise reduction is mentioned, a lot of guys will make a mountain out of a mole hill in reference to a couple decibels. As long as the suppressor doesn't seem loud to me and I can shoot it without hearing protection, I'm good to go.

I want the ability to put the suppressor on the gun or remove it and not have to worry about having two different zero's for the same gun. With or without the suppressor, the gun should have the same point of impact.

With the Surefire 556k suppressor, using an Aimpoint and Aimpoint with 3x Magnifier, I can't tell a difference in point of impact shift with the suppressor mounted or removed from the barrel. Surefire states that their suppressors will effect the point of impact less than 1 MOA at 100 yards.

2) Mounting system - Without getting too complex, basically there are two different types of mounting systems.

a) Quick Detach systems = the suppressor mounts to a flash hider type mount and can easily be installed and removed.

b) Barrel thread system = a suppressor that mounts directly to the barrel's threads. I would only use this type of can if I were going to mount the suppressor on the gun and leave it on the gun. The Gem-Tech M402 (Piranha) is a good example of a barrel thread mounting system design: [url=http://www.gem-tech.com/M4-02.html]http://www.gem-tech.com/M4-02.html[/url]

When shooting with a suppressor mounted to the barrel, not only will you notice that the gun get's hotter quicker, but it also get's dirtier quicker and burns off lube faster.

If you don't NEED a Quick Detach system, you may want to consider something like a Gem-Tech M402 (Piranha) which mounts directly to the barrel threads. Mount it and leave it. No point of impact shift to worry about, etc.

If you don't NEED a quick detach system, but you want the ability to shoot the SBR with and without the suppressor. One option to explore would be to get 2 identical uppers for the same SBR lower. Mount the something like the Gem-Tech M402 (Piranha) on one upper, and no suppressor on the other upper.

3) Weight - Weight is always a concern with suppressors. 5oz or 8oz may not sound like much, but when that weight is at the end of your barrel (furthest away from the center of gravity of the gun) the extra weight feels heavier and is much more noticable than if that weight was located at the center of the carbine.

4) Length - Length also needs to be considered as it effects the compactness of the overall package. Added length can also magnify the weight of the suppressor.

For reference I measured a Bravo Company 16" mid-lenght barrel with a USGI A2 flash hider mounted on it and it was just under 1/8" longer than the 11.5" barrel with the Surefire 556k suppressor.

For me, the Surefire 556k suited my needs better than other cans I had researched.

If I had to go out and buy another suppressor today I would purchase another Surefire 556k.

Same gun with and without the 556k: 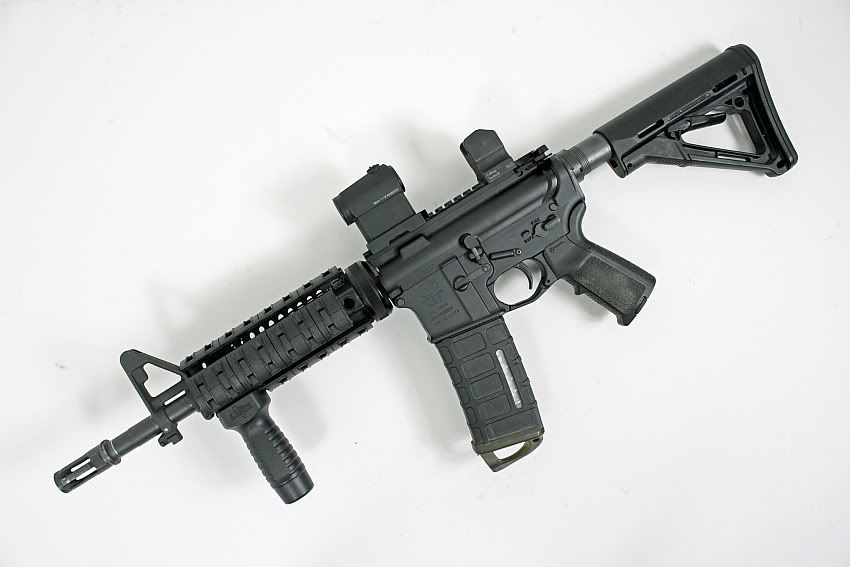 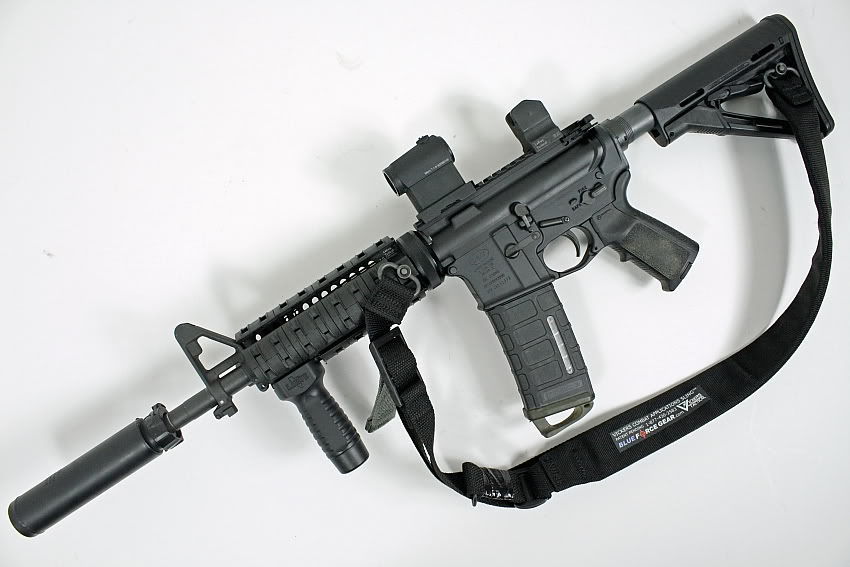 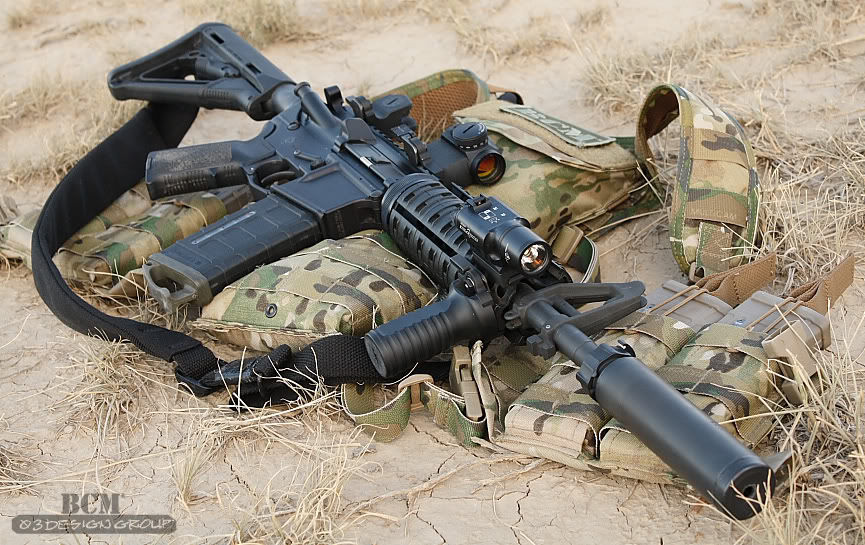 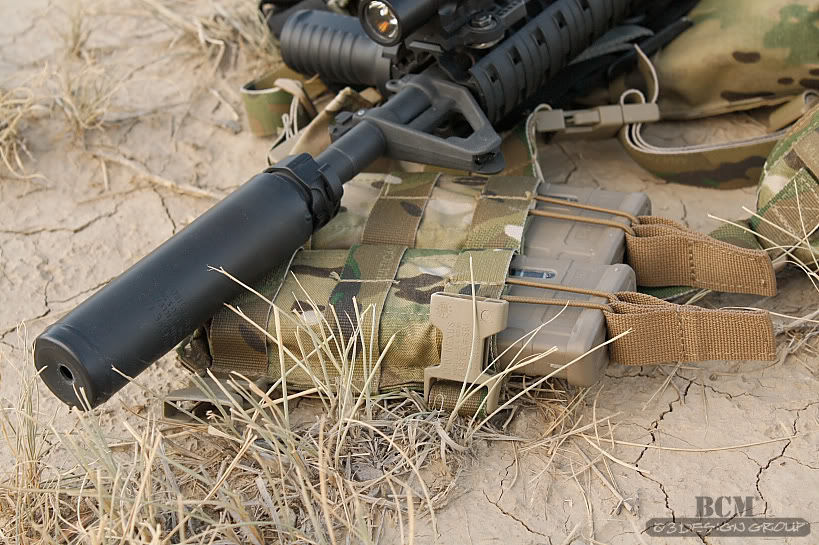 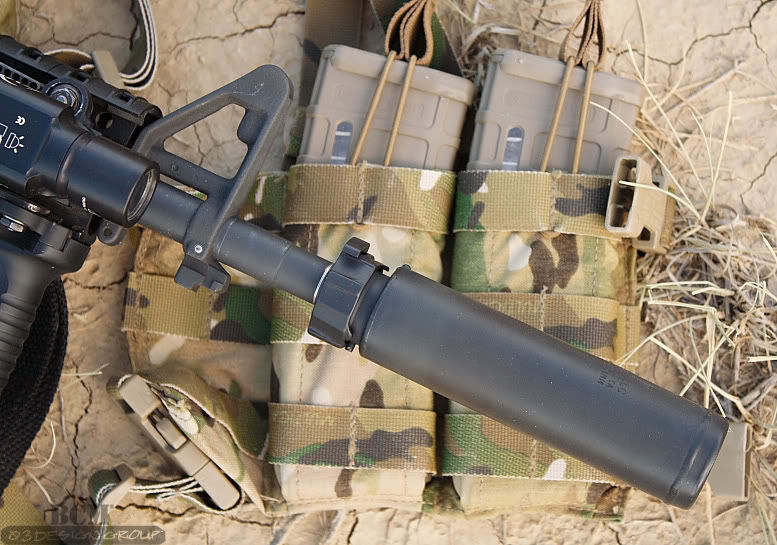