From time to time I see new shooters wanting to put a Noveske KX3 on a 14.5" or longer barrel. I wrote the following for another law enforcement officer who was considering a Noveske KX3 for a 16" Colt LE6920:

I ran a KX3 on my 11.5" barrel on my work gun. I liked that the KX3 directed the muzzle blast, flash, gases, and noise down range (toward the target).

Take the following into consideration if considering the Noveske KX3. The KX3 is 8 oz. (1/2 pound) and adds approximately 2.75" to the overall length of the barrel. Picture of the Noveske KX3: 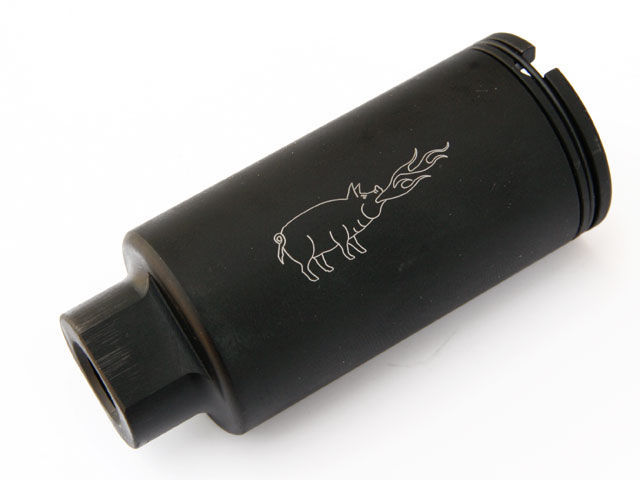 In my opinion the extra weight and length of the Noveske KX3 were a fair trade off for the benefits gained by the KX3 when running it on a Short Barreled Rifle (SBR).

I like the Noveske KX3's on a short barreled rifle, but they have little to no benefit on longer barrels. In the picture below, the bottom gun is a 11.5" Short Barreled Rifle (SBR) with Noveske KX3 attached to the barrel, the carbine above it is a 14.5" barreled M4 with a Sabre Defense long A2 flash hider permanently attached (overall length 16.1"): 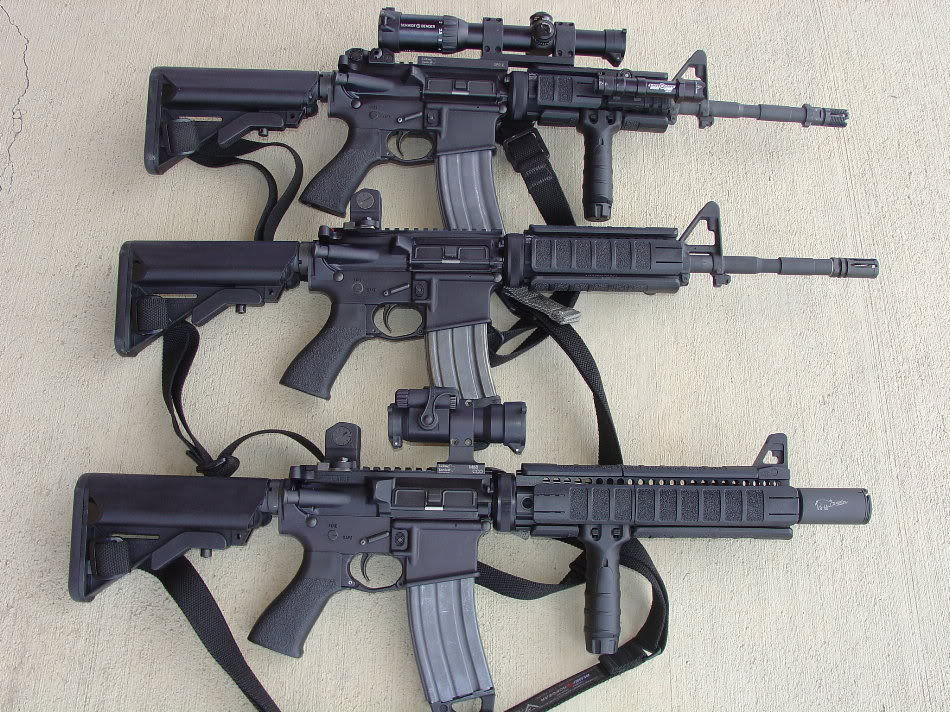